Day in the Life of an Aviation Enthusiast 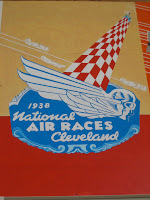 The alarm clock goes off on his B17 alarm clock with engine noises and machine gun fire.  He sleeps in his favorite worn out airshow t-shirt.  Wipes the sleep from his eyes and walks into the closet.  Checks the date on his airplane wall calendar. Shaves, showers and prepares for work thinking about his favorite airplanes.  Puts on his airplane tie to go to the office or another worn out airplane t-shirt to go turn wrenches at the hangar.  Goes to work in his office with aviation art on the walls and airplane models on the desk.  Or if going to work at the hangar opens his tool box that is covered with aviation stickers and airplane pictures.  Looks thru an aviation magazine over lunch.  Daydreams what it would have been like to race in the 1930s Air Races.  Calls an airport buddy to find out the plan for the weekend flying activities.  Drives out of his way to go by another airport to see any glimpse of an airplane on his way home from the office.  When he pulls in the driveway he can't hardly contain himself as he opens the mailbox to see if there are any new aviation magazines in the mail.  At home after work he looks thru all the channels on tv for airplane related shows before looking at any other shows.  If nothing is on tv switches to the Internet for aviation content.  When tired of sitting in the office chair at the computer  moves to an easy chair that is made from airplane seats. Reads aviation magazines or books from his massive collection that overflows the office and spills over into the garage until he gets hungry.  After dinner calls friends to talk airplanes.  Returns to the internet for more aviation content.  When he about falls out of the chair from exhaustion he stumbles back to the closet to find another airshow t-shirt to sleep in.  Falls into bed but before he turns the light out he grabs the aviation magazine off the night stand and thumbs through a few more pages.  Wakes up at 2am with the magazine on his face, returns it to the night stand and turns out the light.  The next day repeats almost exactly the same until the weekend!
at January 02, 2011

Do you have a camera in my house??
LOL