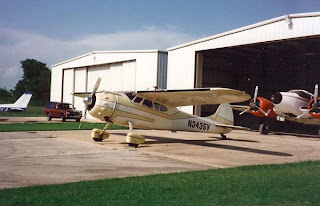 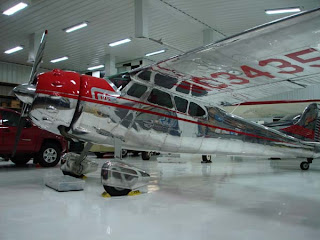 The hangar next door was sold and I met the new owner recently. He introduced himself one day while I was about to commit aviation in the 170. He mentioned that he wanted to find a 195. Well... you might guess which 195 he found being restored in a well know shop. The same 195 that use to live in the very hangar he just moved into. Just a few weeks ago I caught the newly restored 195 glowing in the lights of the hangar. What a difference a few years make. The shiney classic is not what it once was!