It was not a huge turn out in the Warbird parking for Oshkosh this year but there were plenty of highlights. Some high quality restoration were in attendance.  Below are the ones that attracted my attention.

After concentrating my efforts on Lockheed 12 photos and notes I walked around as much of the Vintage Aircraft parking in the time that I had.  A few more highlights are pictured below...

After many years of communicating via email and telephone it was nice to shake Jim Savage's hand and talk Spartan Executives face to face.  Jim is the very enthusiastic owner of Executive serial number 17. He invited me to look through the restoration photos and sit in the pilot's seat of his imaculate Executive. It was one of the top highlights from my trip. Hats off to Jim for saving and restoring this ship! 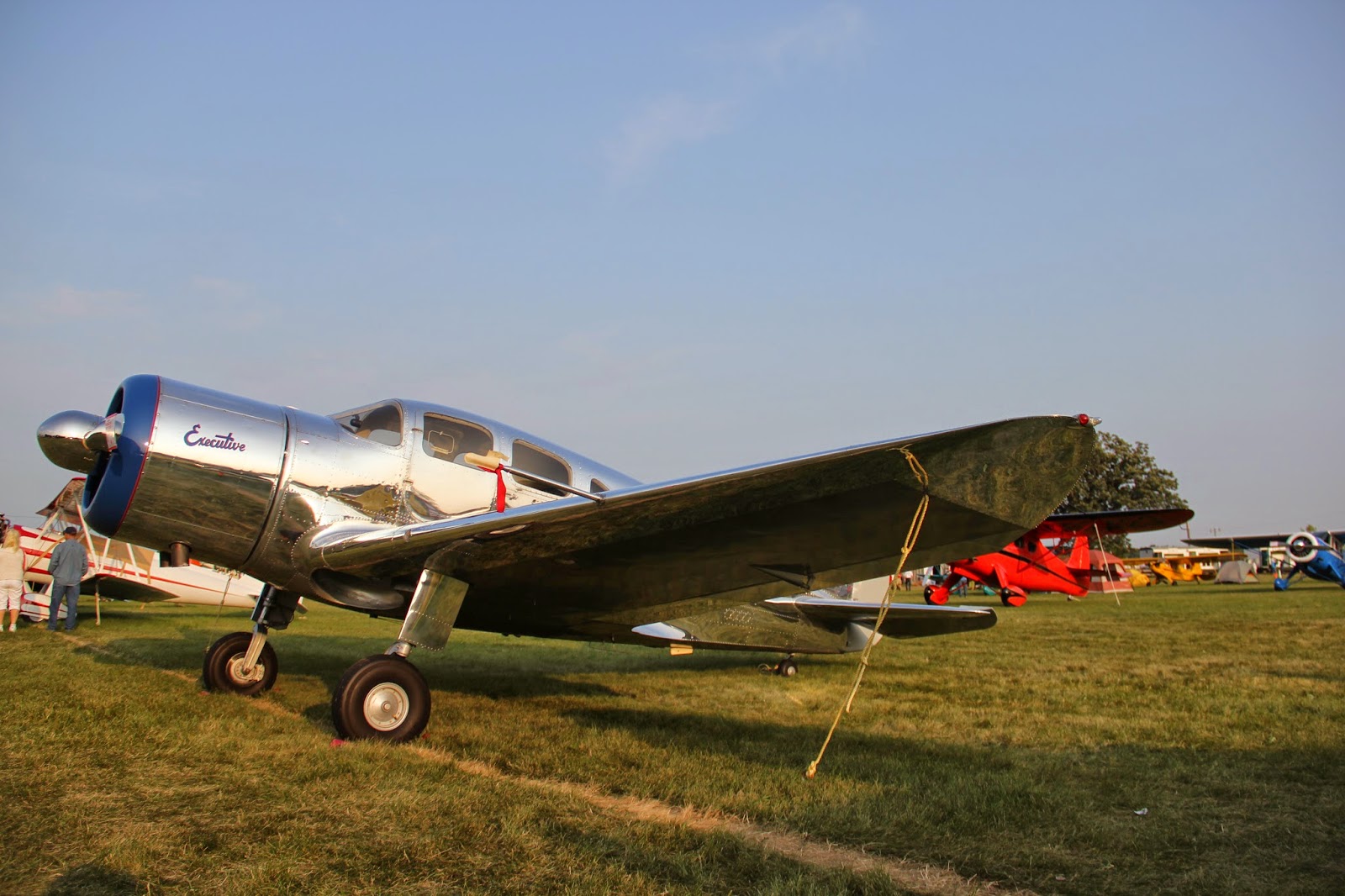 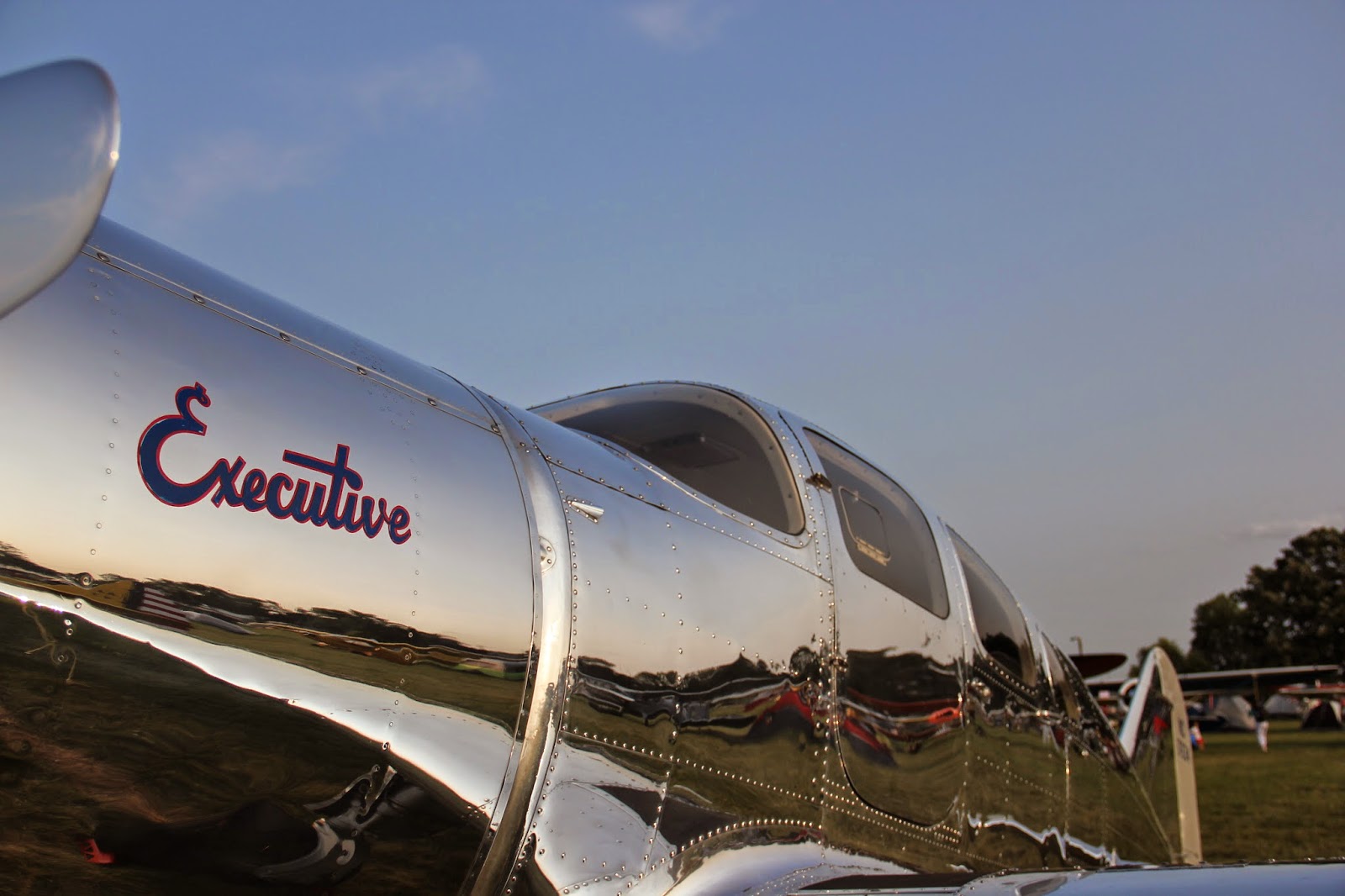 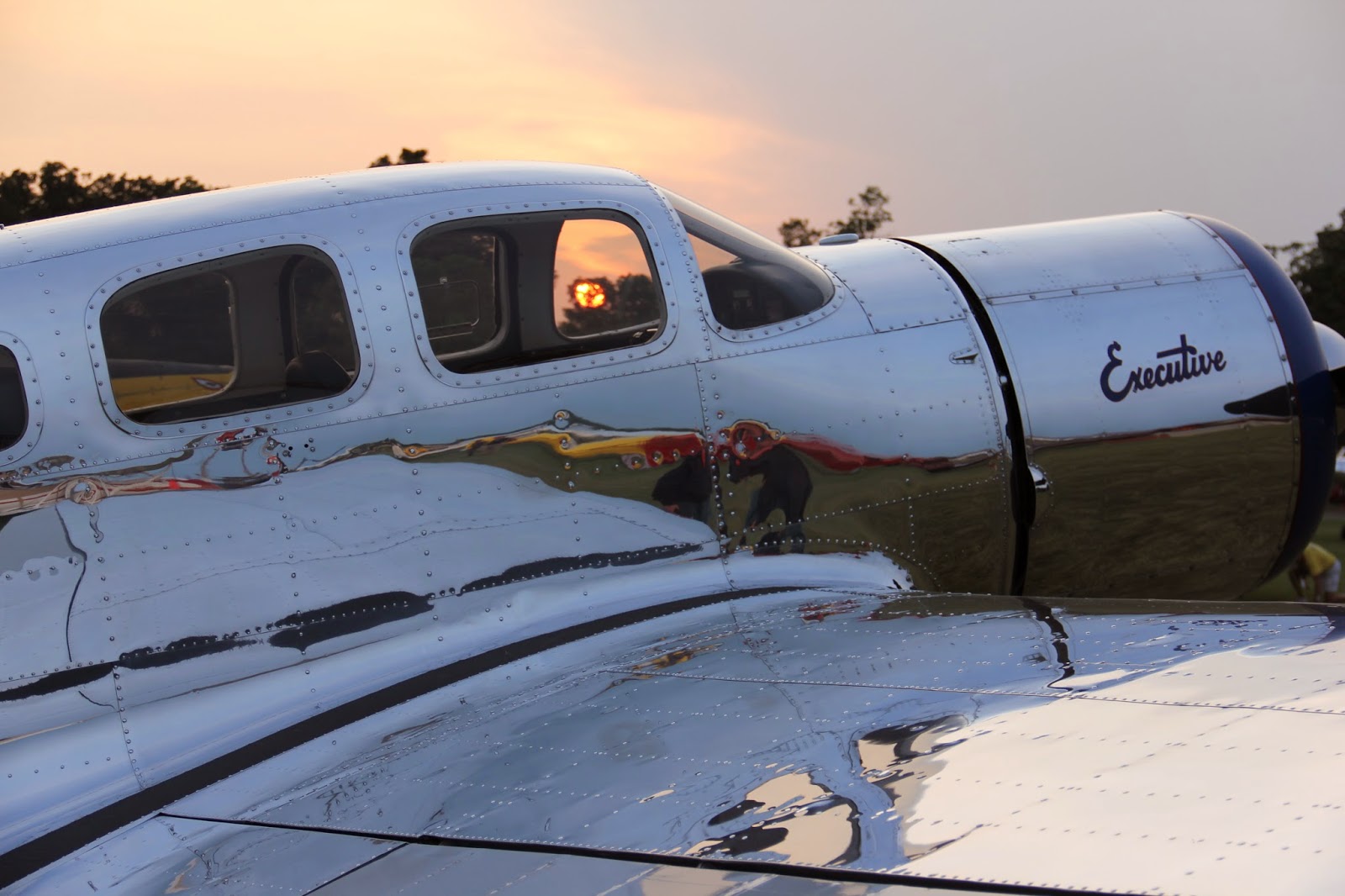 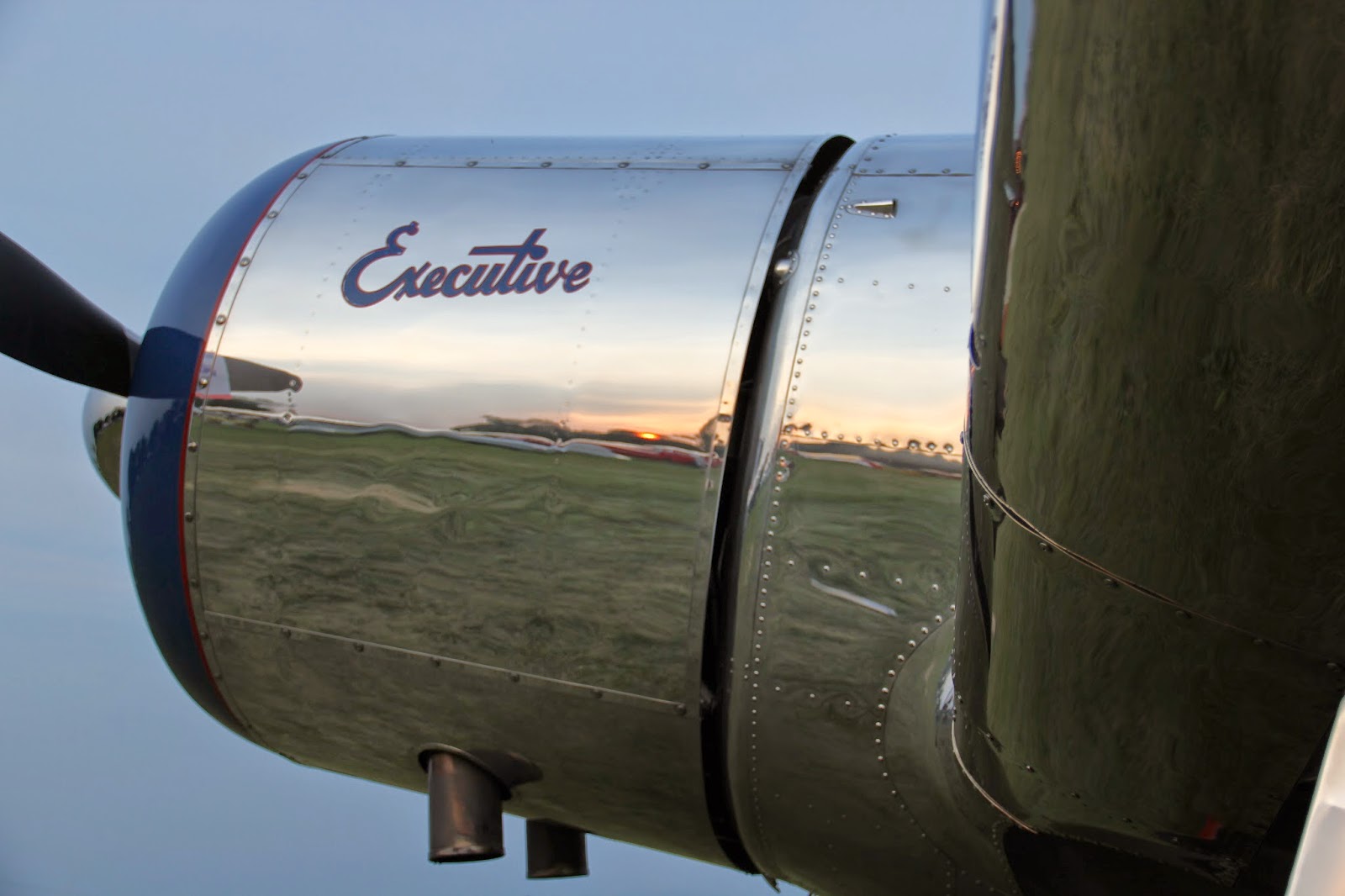 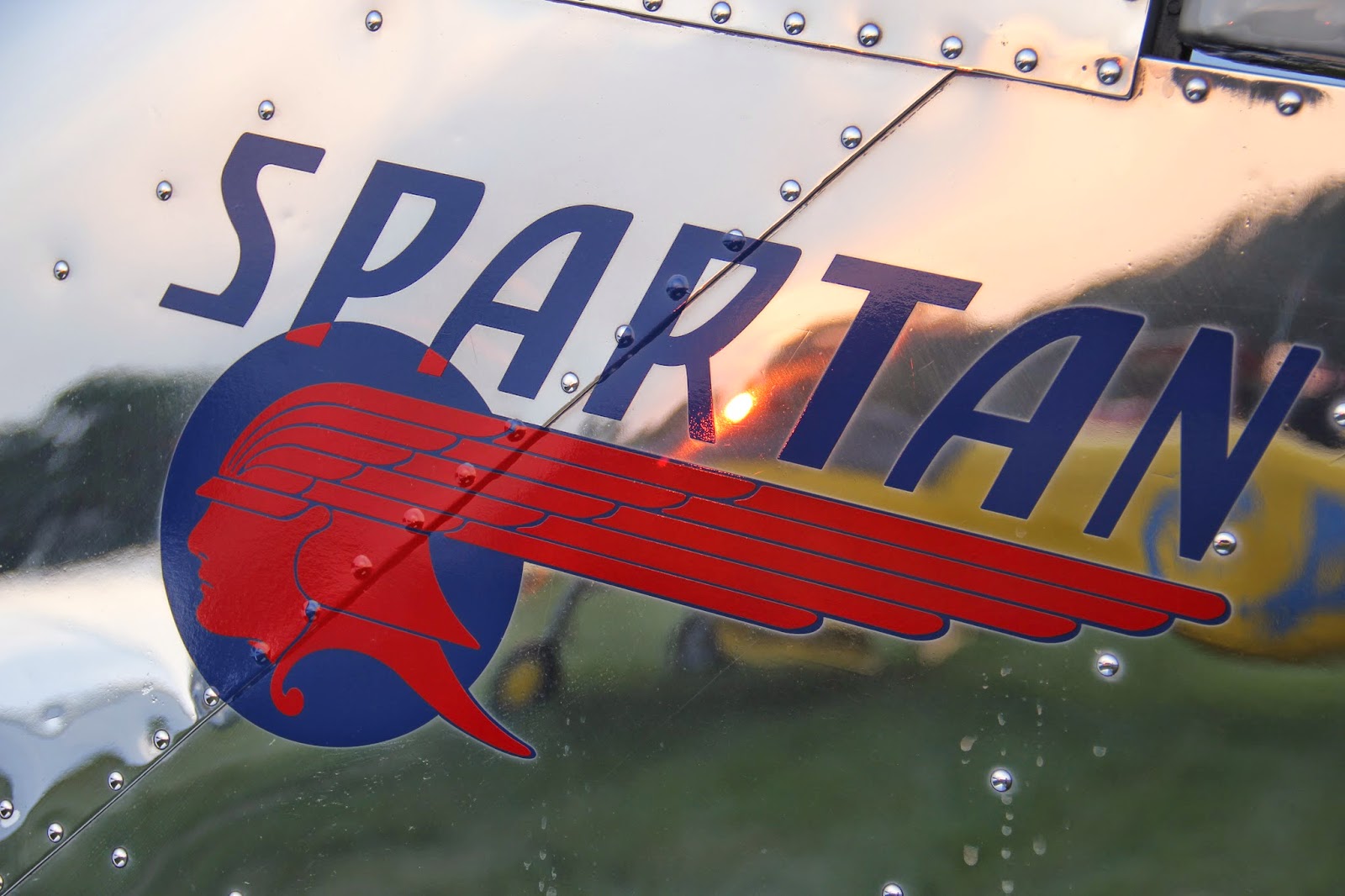 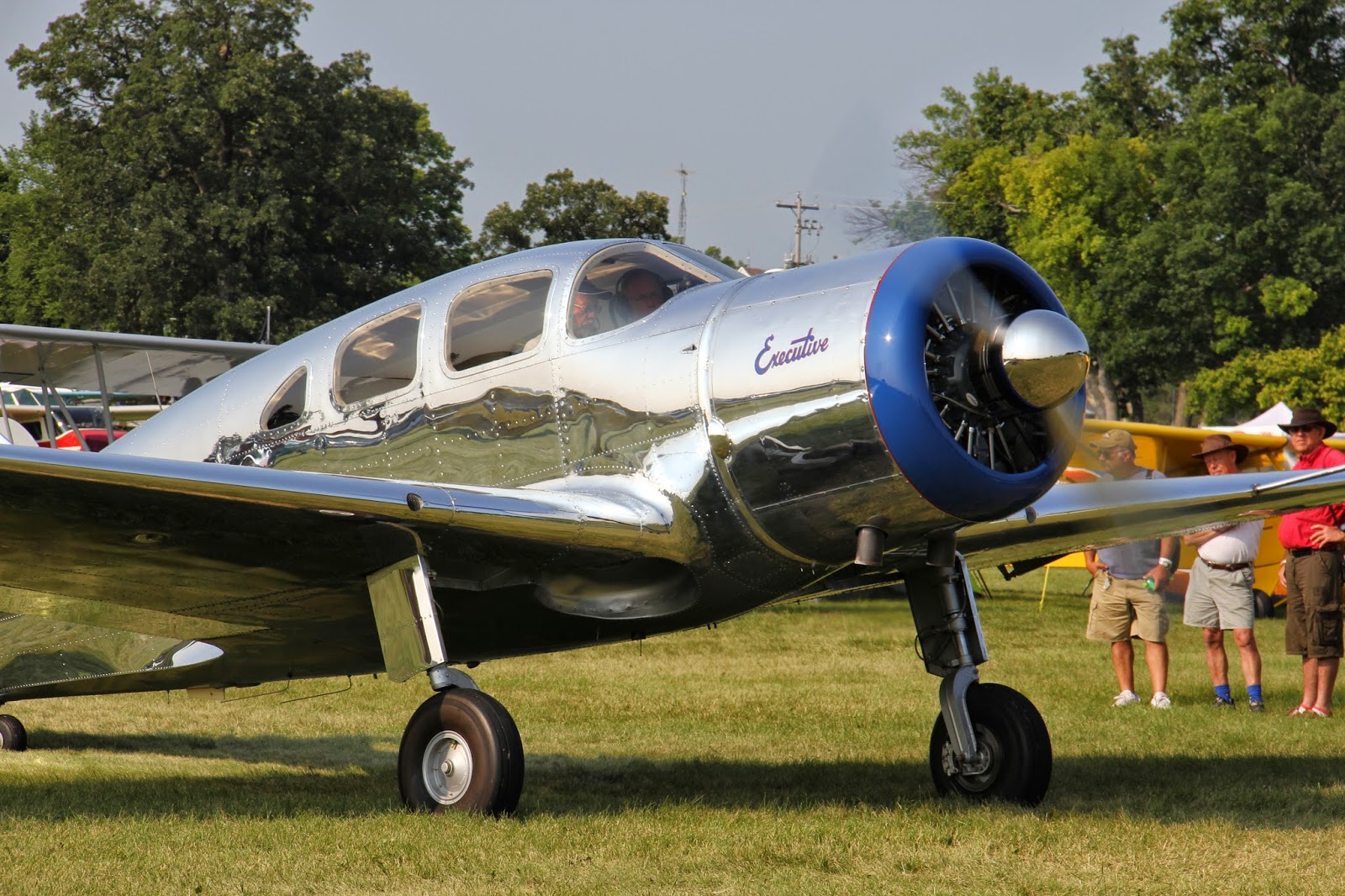 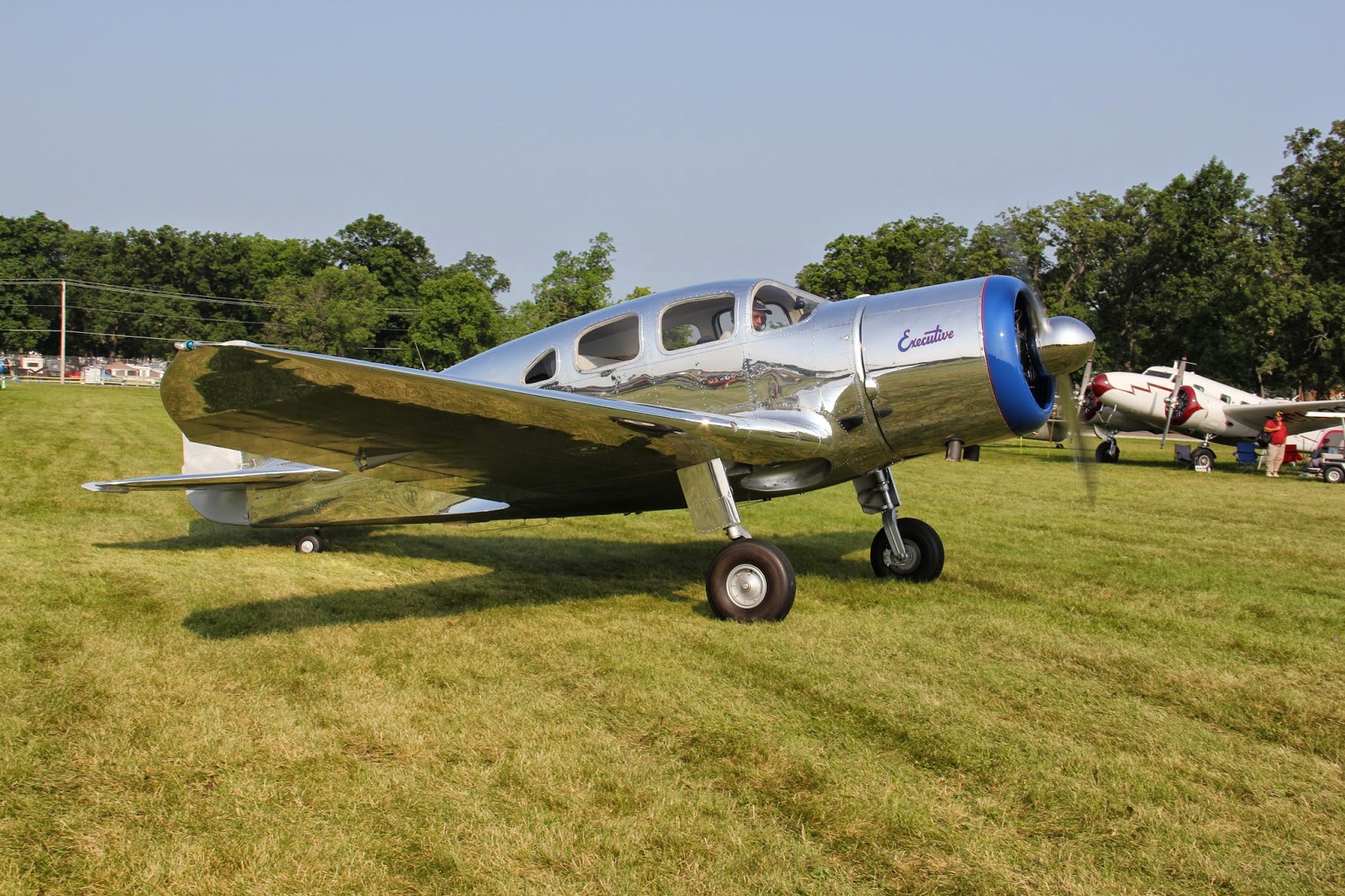 To see photos of surviving Spartan Executives see our listing by clicking the link on the main page at www.flytoanothertime.com

Another highlight from Oshkosh this past summer was this custom Travel Air named Sky Siren.  I had watched the web site for the shop (Aerocraftsman) that restored it and was a fan of what I saw coming together.  Walking around it in person at Oshkosh had me captivated! Check out the cool art deco paint scheme on this 1929 Travel Air D4D! 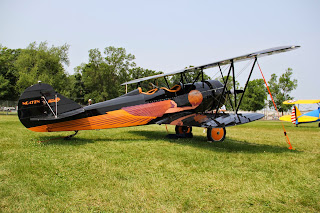 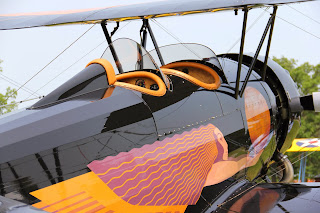 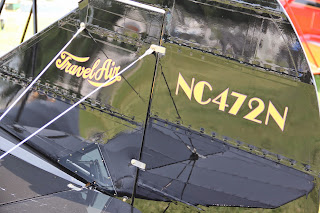 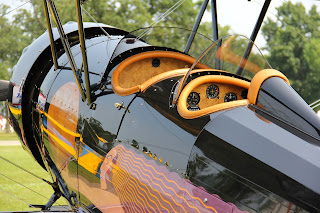 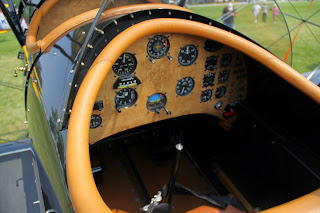 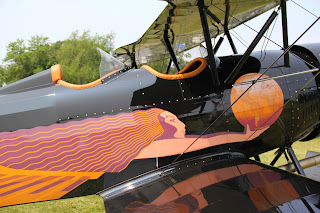 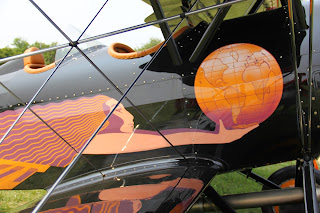 One of the many highlights of Oshkosh... this Monocoupe is a stand out!  A 90A with a 145hp Warner.  I walked around it a couple of times admiring it and noticing the fine restoration. Just awesome... 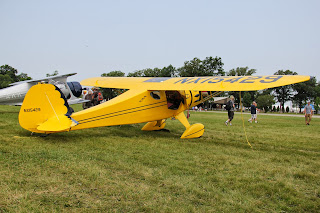 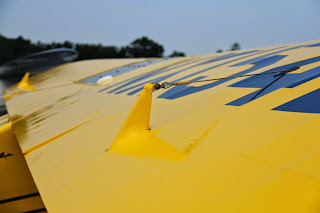 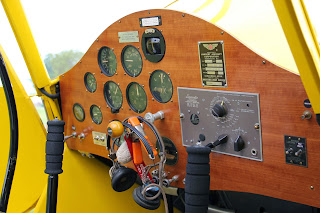 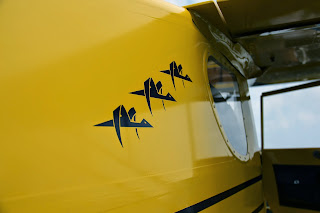 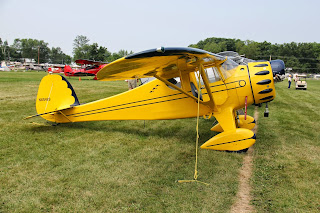 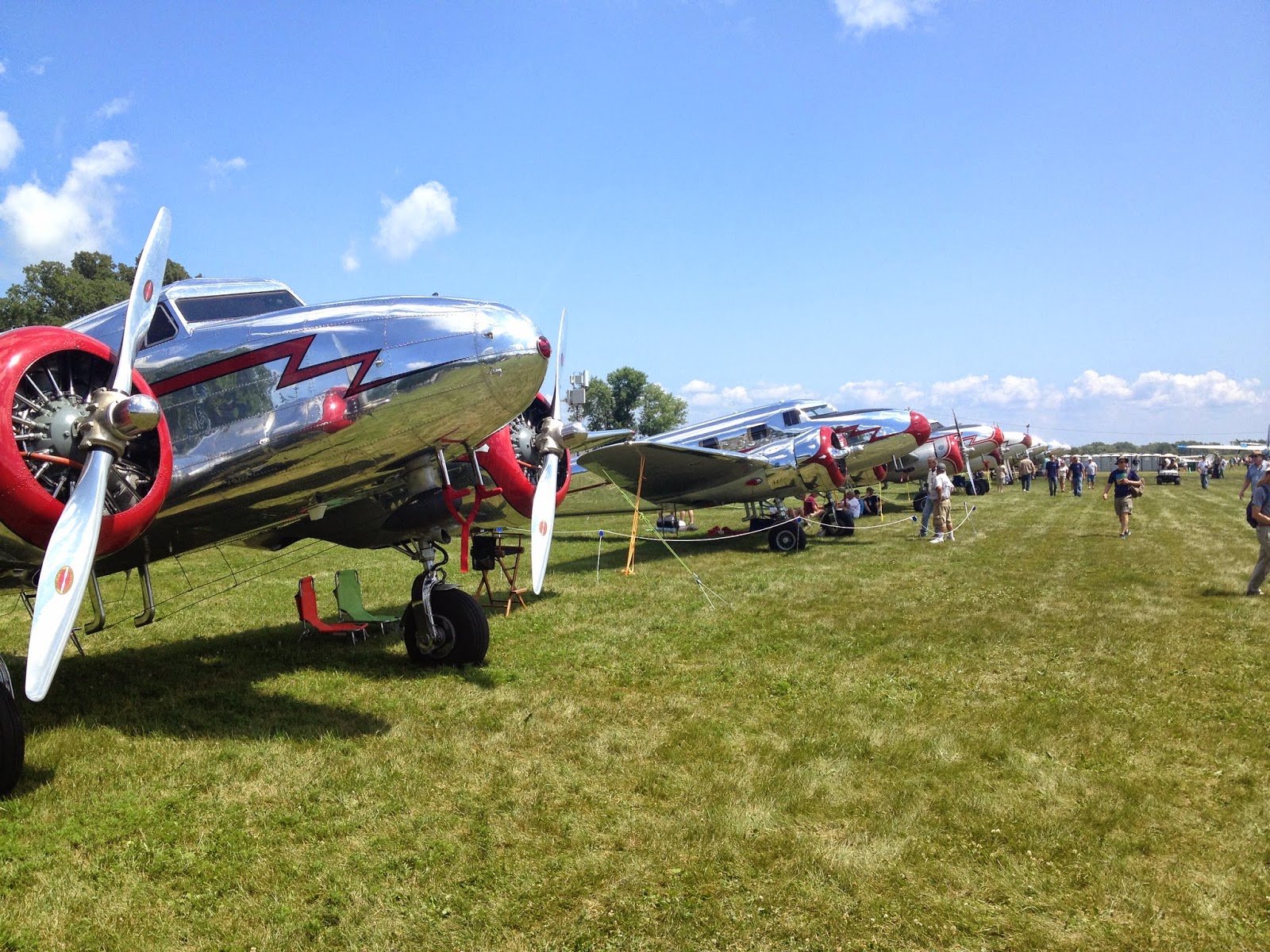 Truly one of the highlights for many at Oshkosh 2014 was the gathering of Lockheed 12 Electra Juniors!  That was my main draw to have the opportunity to see seven of these vintage beauties in one place!  It was a whirlwind trip for me at just two and a half days on the grounds but worth every moment!

Below are some of my photos of the Lockheeds in attendance. 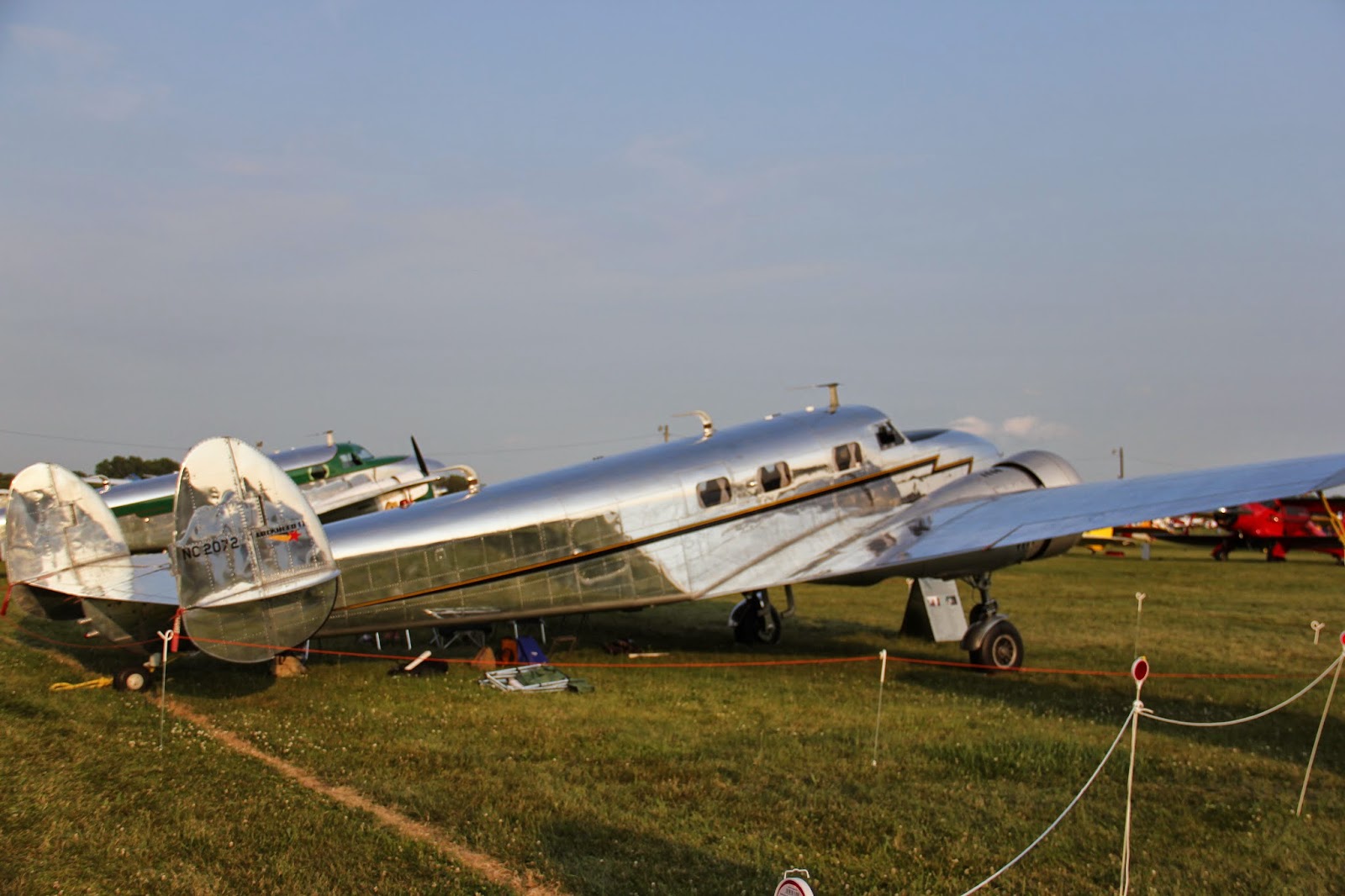 Serial number 1208, NC2072 owned by Joe Shepherd and based in Georgia. Joe restored this beauty over the years and has flown it all over the United States.  Most recently it saw a few moments of fame as it flew in the recent movie "Amelia" on Amelia Earhart. It was fun to catch up with Joe under the Lockheed during one of the afternoon airshows.  His excitement for the Lockheed 12 shows as he recounts it's history to those stopping to admire it. 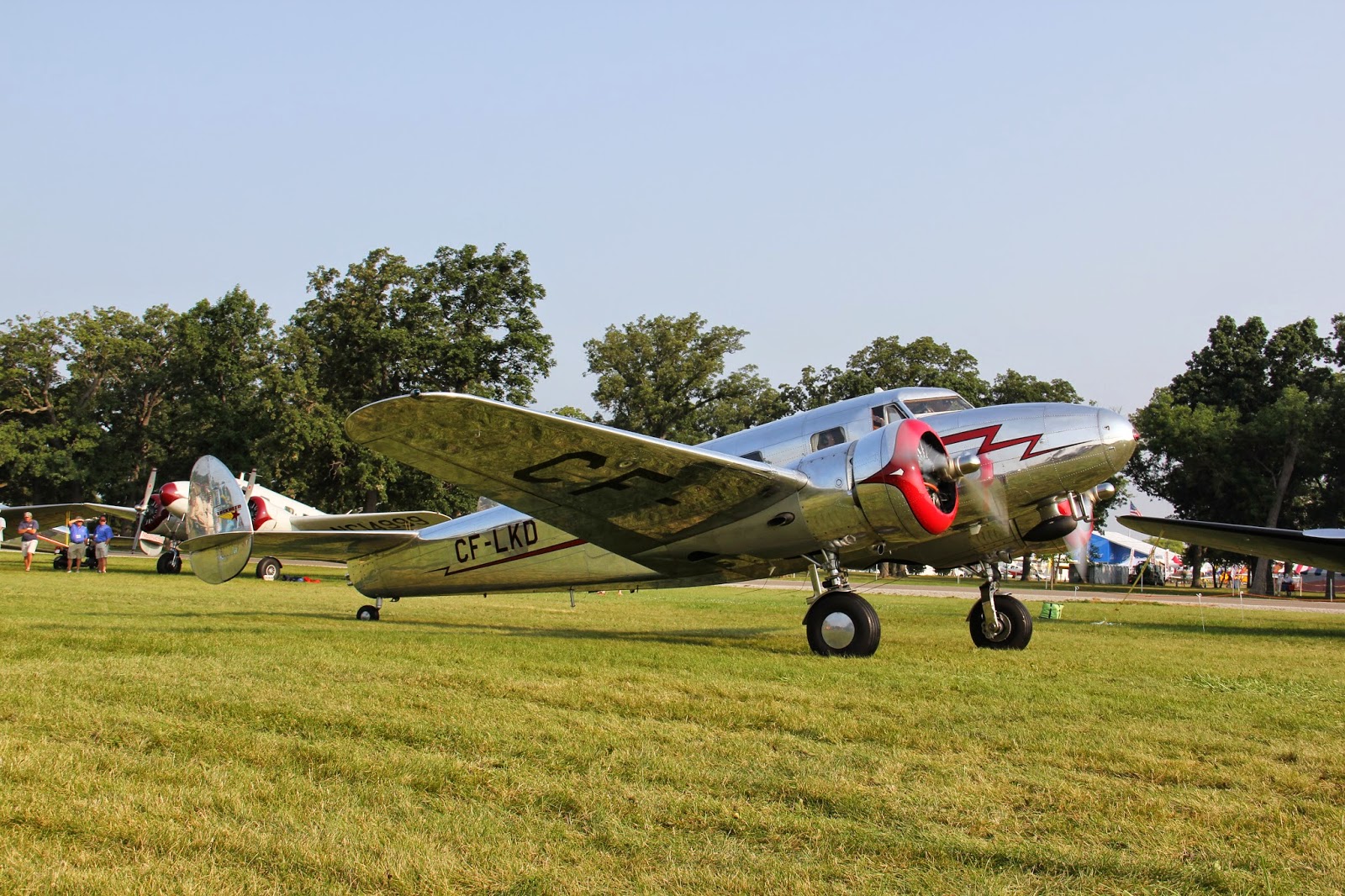 Serial number 1222, CF-LKD is owned by the fine Canadian gentleman, Peter Ramm. Peter and his crew restored this former airline and oil company transport to Grand Champion quality. It is flown regularly and displayed at shows near its base in Canada. 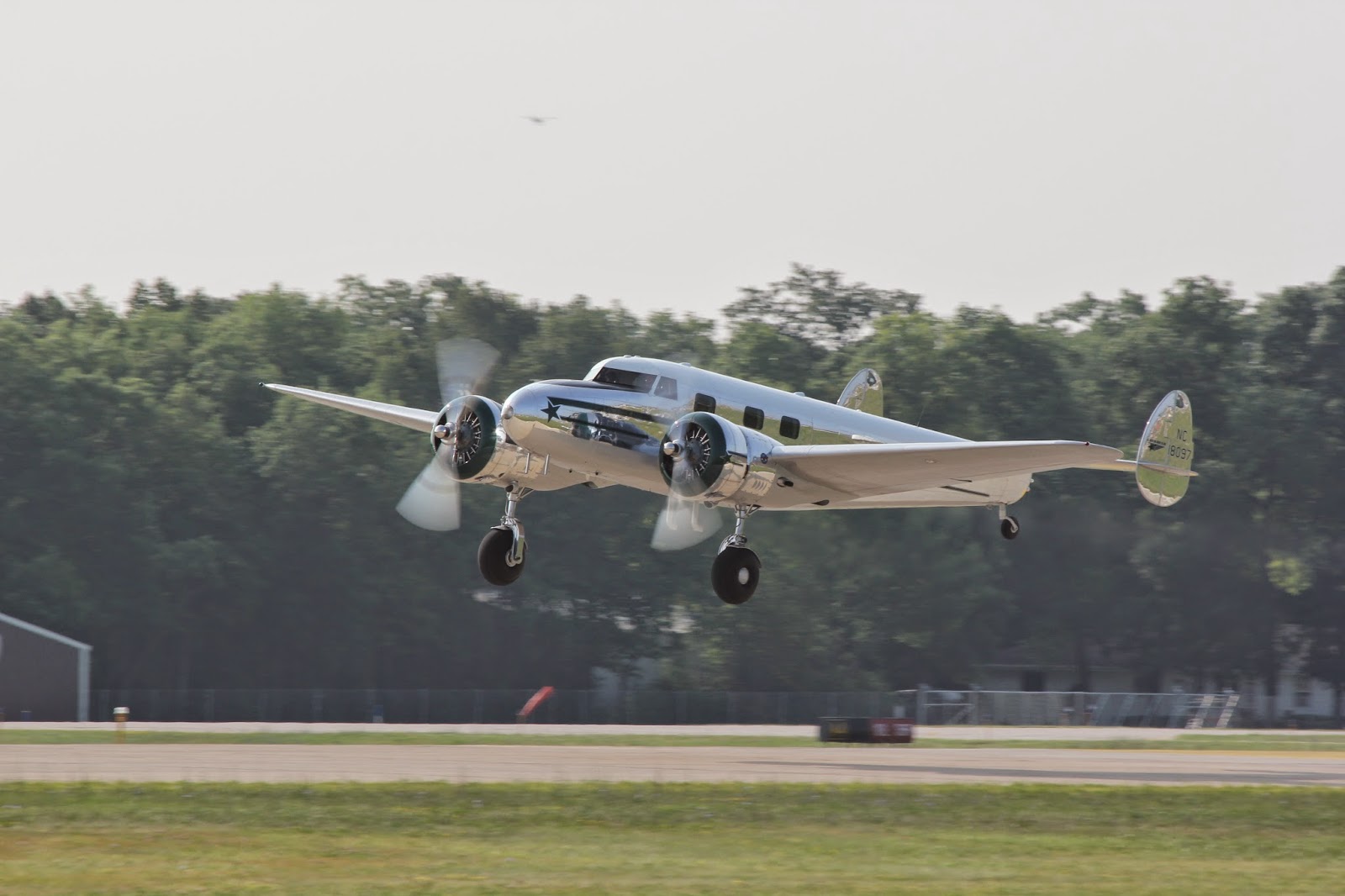 Serial number 1252, NC14999 is owned by Patrick Donovan and is based in Washington state. Pat had the Lockheed owners and enthusiast captivated by his story of flying this 12 to the United States all the way across the Pacific from New Zealand where he lived for a few years! 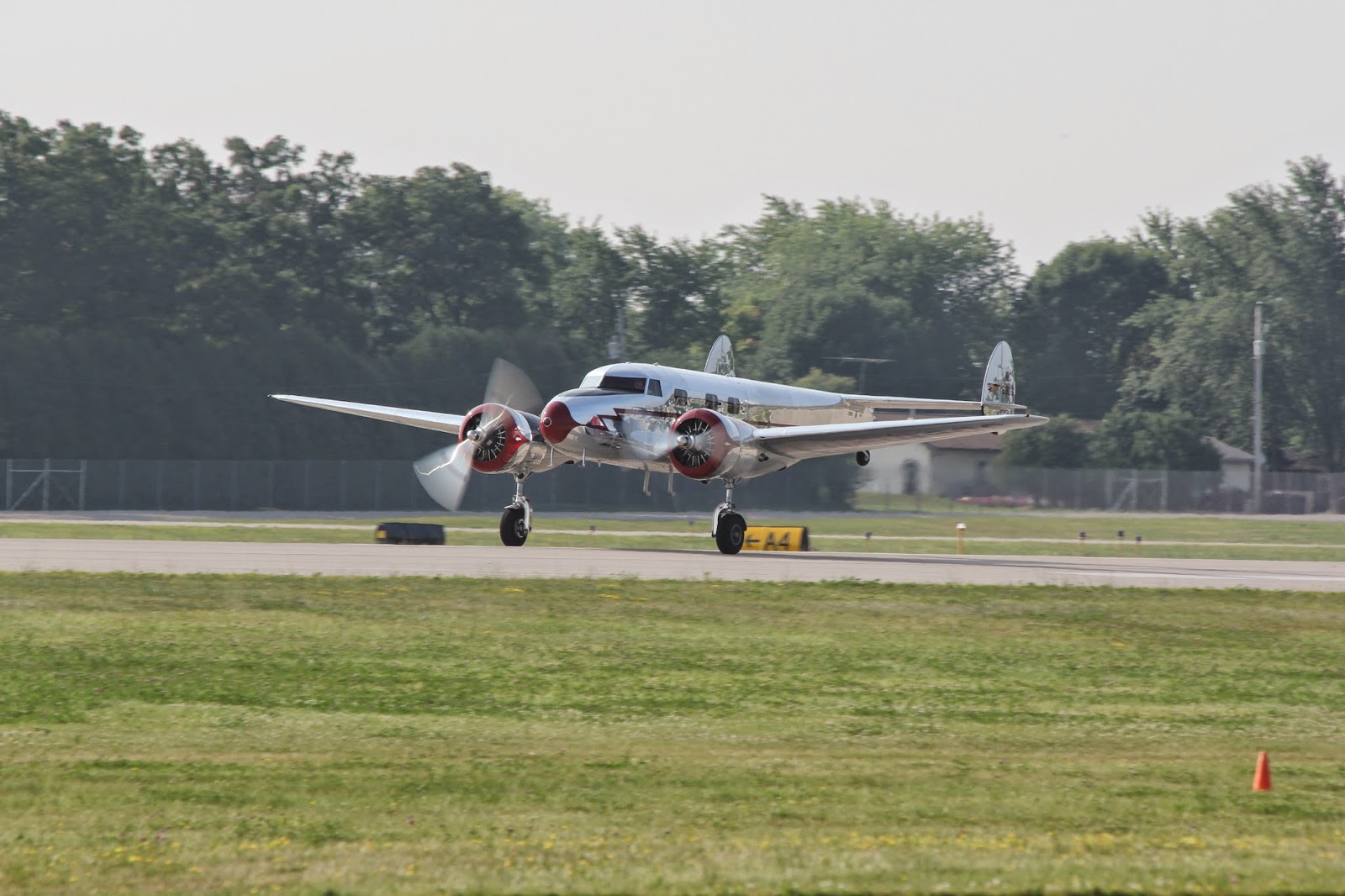 Serial number 1277, NC18906 is owned by Les Whittlesey and is base in California. Hats off to Les for his efforts to organize this Lockheed 12 gathering this year! His Grand Champion 12 attracted a lot of attention on the Oshkosh line. 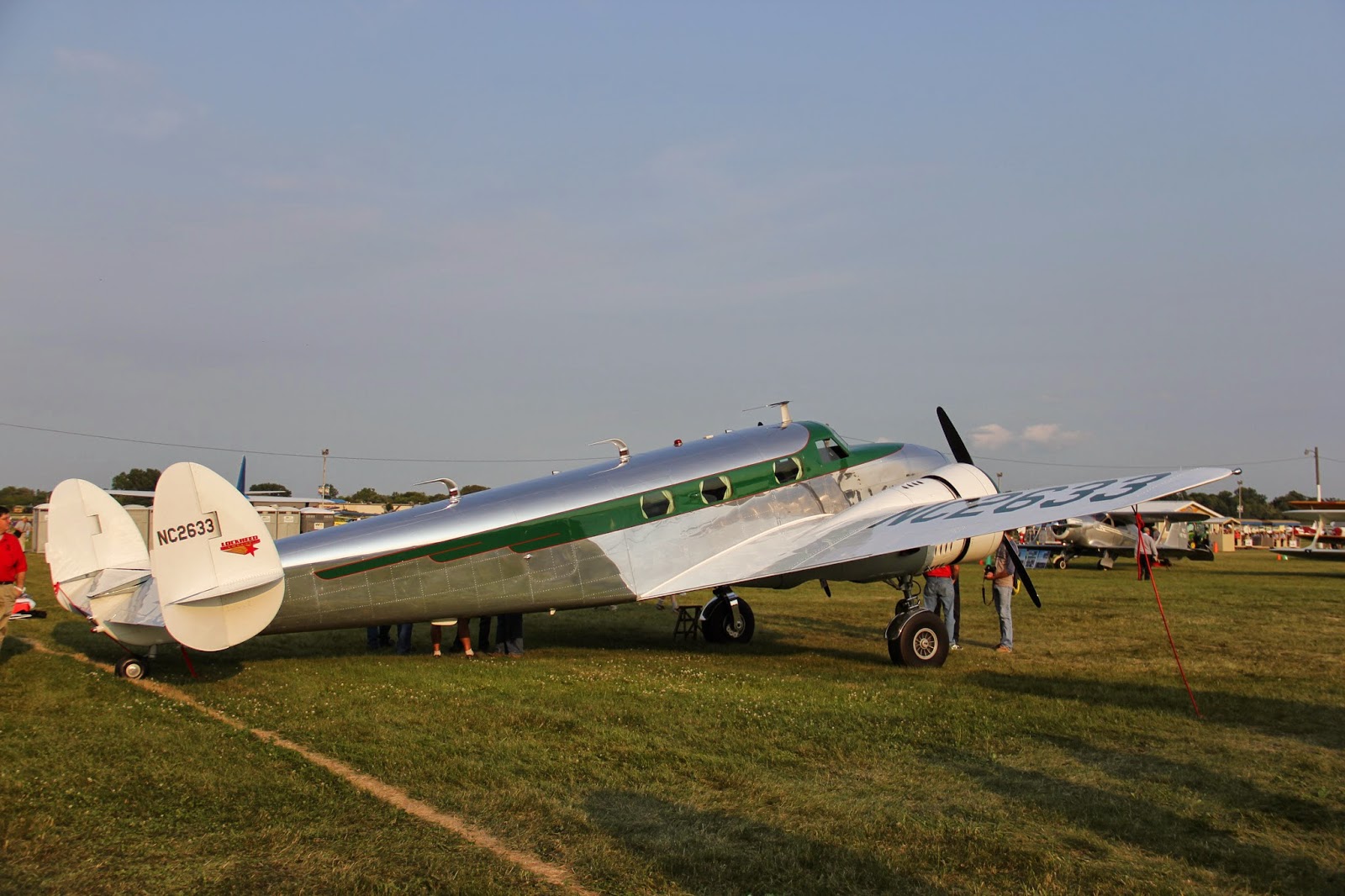 Serial number 1281, NC2633 is owned by the Perras brothers and is based in Vermont. 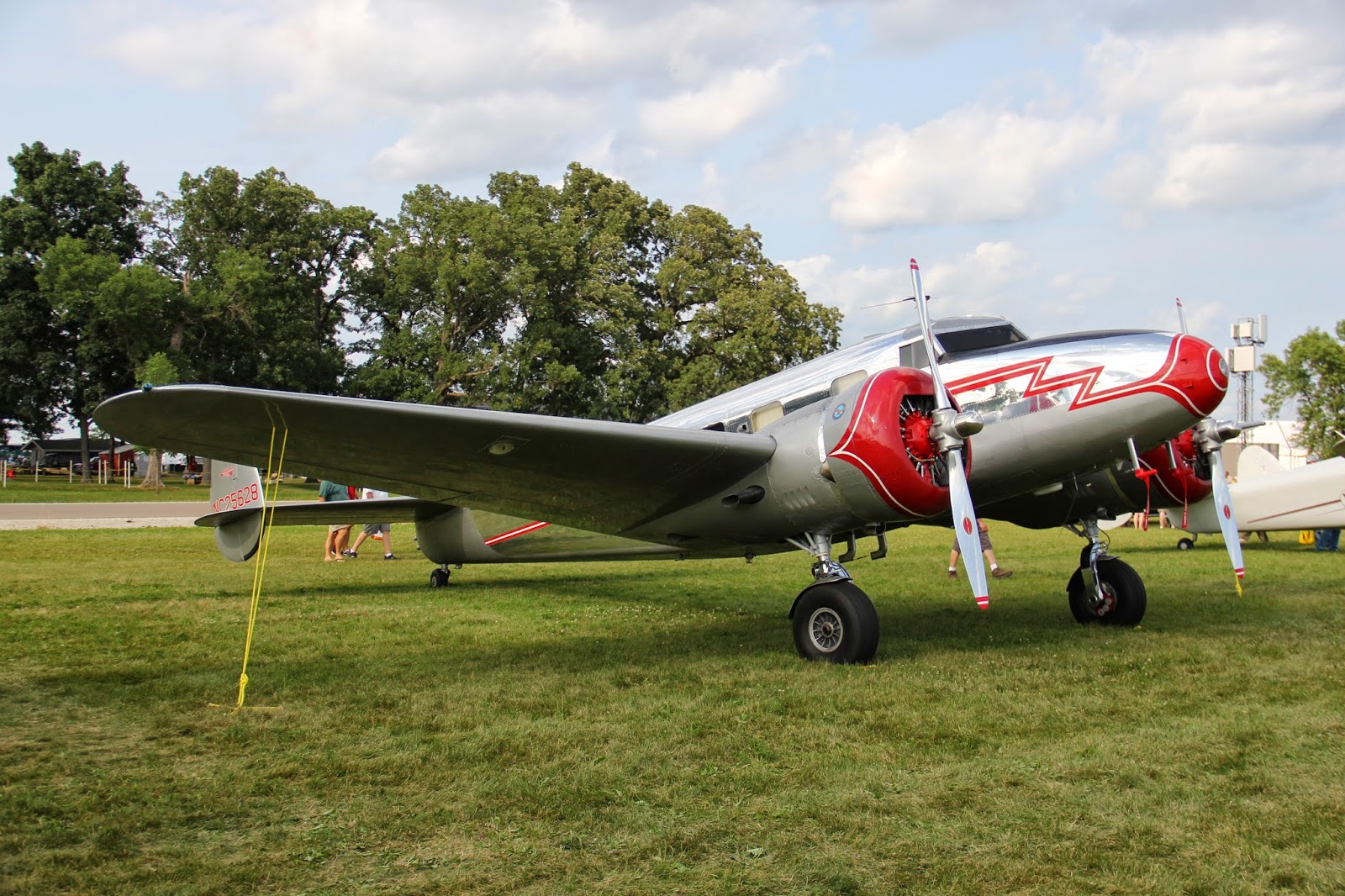 Check back in the coming weeks as I hope to post additional photos from Oshkosh and it will most surly include some more Lockheed 12 photos!