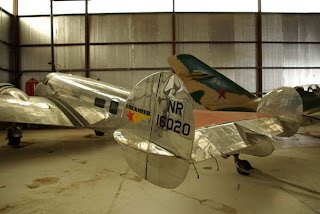 The 1935 Lockheed 10E, serial number 1015, N72GT is being prepared to make another around the world flight in 2012.  The Women Have Wings Organization is supporting the "Global Courage Flight" that will fly the famous flight attempted by Amelia Earhart back in 1937.  This same Lockheed celebrated the 60th anniversary of Earhart's attempt back in 1997 by flying around the world.  The 2012 flight will be the 75th anniversary of Earhart's flight.

For more details about "Women Have Wings" visit their web site... http://www.womenhavewings.org

For those interested in reading about the 30th anniversary Earhart flight look up the book "World Flight, The Earhart Trail" by Ann Holtgren Pellegreno.  A great read about the author flying around the world in Lockheed 10, serial number 1112 back in 1967.