Showing posts from April, 2013
Show all

Lockheed 10 for the Seattle Museum of Flight 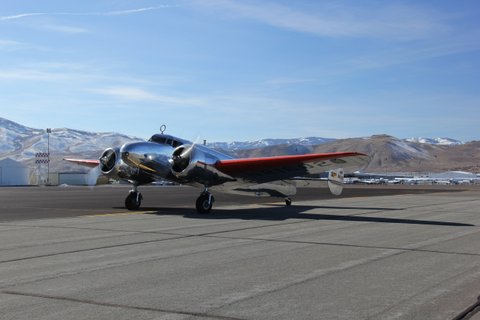 The latest news on Lockheed 10, serial number 1015, N72GT is that the Seattle Museum of Flight will add the aircraft to the museums collection.
1015 was originally delivered to Northwest Airlines as a 10A registered as NC14900.  In 1942-1944 it was flown by the United States Army Air Corps.  For the 60th Anniversary of Amelia Earhart's historic flight it was modified by Linda Finch into a Lockheed 10E and flown around the world in 1997.  After the flight it sat outside for a few years on the ramp at the Denton, Texas airport.  Since that time it was not flown regularly.  In 2010 is was seen stored in a hangar in New Mexico.  It returned to flying status in 2011 and was flown to California with another planned world flight.  Those plans fell through and it was listed for sale again in 2012.


It was recently flown to Reno, Nevada and Fred Austin sent the featured photos (taken upon its arrival) with the following note:
"The airplane is under going some minor maintenance and cosm…
Post a Comment
Read more
More posts